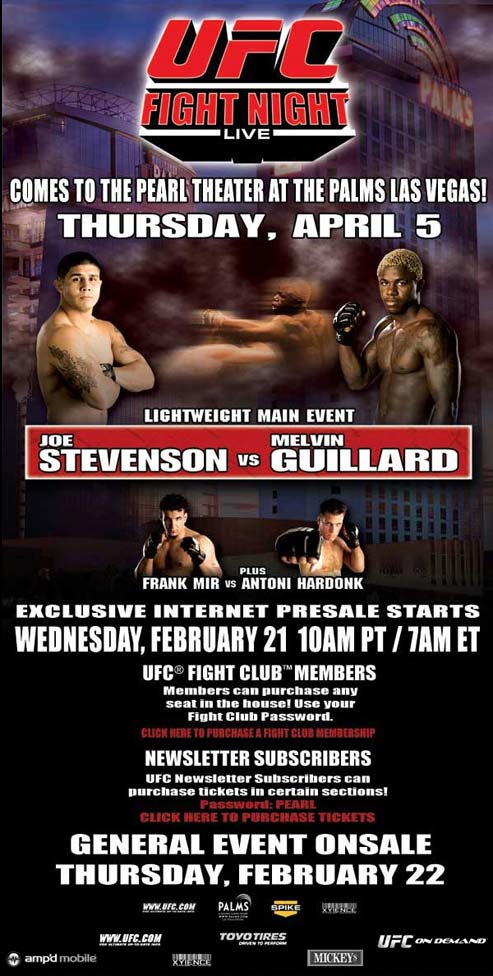 Don't forget that tickets for UFC Fight Night 9, which features the electric showdown between lightweight contenders Melvin Guillard and Joe Stevenson on April 5, go on sale today at 10 a.m. CST.

This time around it appears that newsletter subscribers will also get the opportunity to purchase select seats at "The Pearl" in Las Vegas, Nevada, on the first day of the sale -- a privilege traditionally reserved for UFC Fight Club members.

Tickets for the general public will be available on Thursday, February 22, at 10 a.m. EST.

I can't believe that the UFC is still marketing Frank Mir in this way, considering his dreadful performances in recent fights.

Giving the former heavyweight champion second billing -- when there are more intriguing, but perhaps not as well-known fights and fighters -- on the UFC Fight Night 9 fight card doesn't make much sense.

Kenny Florian, for example, would have been a much better choice. Unless, of course, the UFC plans to showcase rising heavyweight talent Antoni Hardonk.

Who knows ... I gave up trying to figure this stuff out a long time ago.