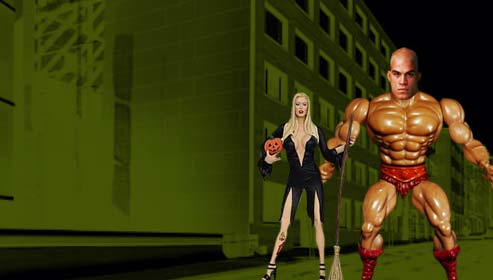 Tito Ortiz and girlfriend Jenna Jameson might soon be able to play dolls together.

According to PWInsider.com, Jakks Pacific — a manufacturer and licensee of assorted toys and figures for several brands such as the WWE — wants to acquire the license for Ultimate Fight Championship (UFC) action figures in 2007.

Here's a snip from the article:

Should Jakks acquire the [UFC] license, it would be the first MMA-themed action figure line, although MMA legends including Dan Severn and Ken Shamrock have had figures released during their WWF tenures.