Share All sharing options for: Ortiz and Jenna paint the town red 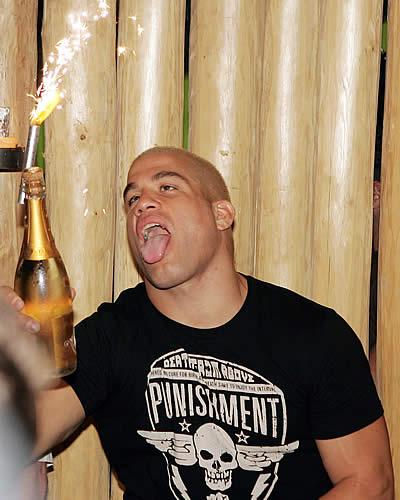 Just ask Tito Ortiz, who after his third and final destruction of "The World's Most Dangerous Man," let loose with his entourage, including girlfriend/porn legend Jenna Jameson, during the Ultimate Fight Night after party at the super swank Pangaea Lounge.

Here's a look behind the velvet rope from the Miami Herald:

Ortiz received the rock star treatment Tuesday night. He and his fellow Team Punishment mates and their selected friends whisked right past the lines waiting to get into Pangaea and straight to their own cordoned off area. Hip-hop beats blared in the background, making it hard for those in attendance to communicate without raising their voices. 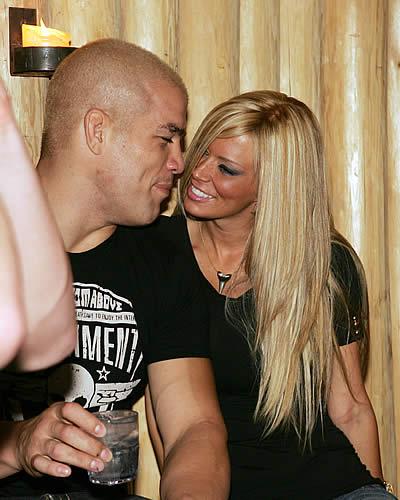 The UFC and SpikeTV had reason to party, too, achieving record ratings for the two-hour live Ultimate Fight Night event on October 10. According to a recent press release, more than 4.2 million viewers tuned in to see the fights, with 5.7 million checking out the main event from 9:30 p.m. to 9:45 p.m.

That's a monster 3.1 overall rating, which shatters the previous UFC television record. And, 500,000 more men aged 18-34 preferred to watch the UFC than the Major League Baseball playoffs on FOX.

First it was wrestling, then boxing, and now it's America's favorite pastime.

(Photos courtesy of the Miami Herald)