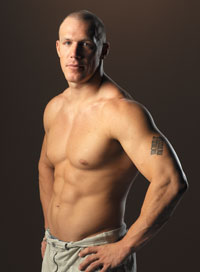 MacDonald, who is a former cast member from The Ultimate Fighter (TUF) 2 season, recently dispatched of Kristian Rothaermel from TUF 3 with an impressive armbar submission.

On the other side of the Octagon, the 28 year-old from Wisconsin, Shafer, will be making his first UFC appearance.

According to UFC.com, Schafer is a jiu-jitsu brown belt who has won three fights in a row – all by submission – and is eager to make his UFC debut:

"The UFC is the premier MMA show in the USA. Every fighter wants to fight in the UFC, just like every football player wants to play in the NFL."

Don't forget the other exciting fights on August 26: